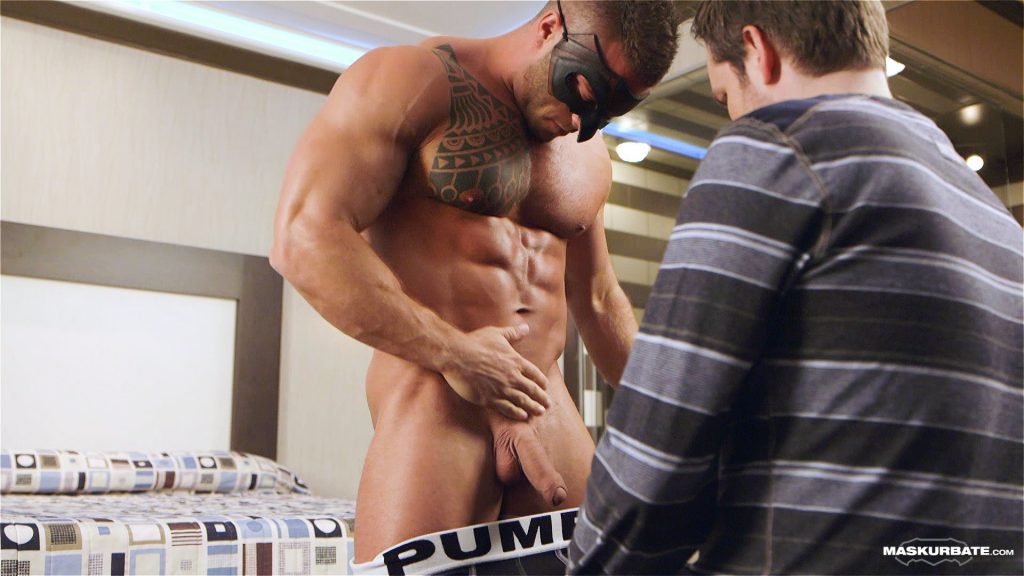 I’m pretty sure that we have all rolled our eyes at super heroes hiding their identities. Whether it’s an eye mask, or simply taking off a pair of glasses and putting on a cape, we can easily tell it’s them. It doesn’t matter though. Just suspend belief and go along with it, so you don’t miss out on the fun.

That’s how I felt with some of the less than stellar attempts to conceal identities inside of Maskurbate. Of course, I was far more interested in looking at the chiseled bodies and uncut cocks than I was at looking at anyone’s face. The men are gorgeous whether I can see their eyebrows or not!

Now you can get 67% off instantly with a Maskurbate discount and watch masked men fucking each other intimately on film.